Days of Czech and German culture

The Days of Czech and German Culture were initiated in 1999 by the Brücke / Most Foundation, the main coordinator  for 19 years. From 2018 to date the event has been organized by the Euroregion Elbe / Labe and Collegium Bohemicum. The festival has become the largest display of Czech culture abroad. In 2006, a presentation of German culture in northern Bohemia was launched. From 2007-2018, the Regional Research Library in Liberec was one of the partner organizations and a venue for cultural events, including lectures, theatre performances, concerts, author readings and film shows.

The aim of the project was to provide information and information resources to library users and other interested members of the public through a network of libraries in the border areas of the Czech Republic and Saxony. As part of the project, a cross-border interlibrary loan service was put in place, e-books were purchased, and workshops and internships were held. The project was implemented in 2013-2014.

The project was developed for primary school children in Liberec. Children, inspired by reading books by German authors, drew pictures and handed them over in person to the Zittau library. An exhibition of the pictures was held at the library. The project took place in 2014.

A place to learn – the library information platform

Built on the success of the previous Czech-Saxon library network project, the aim this project was to extend the cooperation of participating libraries in the fields of interlibrary loan services, acquisition of electronic resources, and equipping participating libraries with modern presentation technology. The project was implemented in 2016-2018.

From 2008-2015, the Library published four bilingual anthologies of regional German authors living in the 19th and early 20th century in today’s Liberec Region. They contain brief biographies and excerpts from the work of forgotten writers. The books, entitled Ještěd Flowers, Jizera Flowers, Frýdlant Flowers, and Ploučnice Flowers, were written by Marek Sekyra and Otokar Simm. 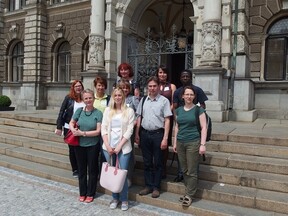 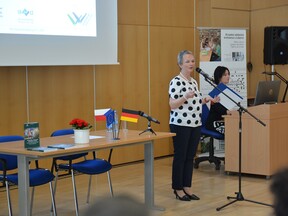 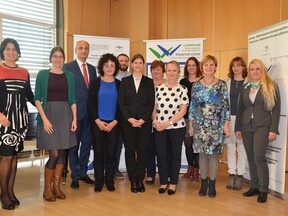 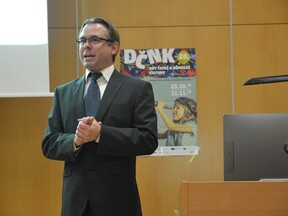 Days of Czech and German culture, 2018