The Austrian Library is the oldest foreign language library in the Regional Research Library, having been established in  1992. It is one of over 60 similar libraries in Central, Eastern and South-Eastern Europe. There are eight such libraries in the Czech Republic. Austrian libraries are established on the basis of collaboration between the Austrian Ministry of Foreign Affairs (which provides the libraries with  publications at its own expense) and other local institutions (libraries or universities). Their task is to provide the public with Austrian literature and culture, and other information about Austria. The vast majority of books are in German.

The Goethe-Institut in Prague has been collaborating with the Library since the 1990s. The Regional Research Library is a partner library of the Goethe-Institut, which subsidises the purchase of publications. The Library hosts exhibitions, lectures and readings. German films (in the original) are screened once a month.

The French Library opened in 2012. It was established as a joint project between the Regional Research Library in Liberec, the Alliance française de Liberec and the French Institute in Prague. Partner organizations participate in keeping the library collections up to date and organizing cultural events. Some of the most interesting events are bilingual Czech-French readings of selected French authors supplemented by a presentation of the region where the author lived.

The Swiss Arts Council Pro Helvetica and the Principality of Liechtenstein

Regularly send gifts of books to the Library.

The Library collaborated with the British Council in Prague from 2002 to 2015. In addition to financial support for the purchase of publications and the organization of cultural events, the International Cambridge English exams were held in the library. There was a film club which screened English films, and a reading club for those with a love of English literature.

The Liberec Region and Canton of St. Gallen partnership

In 2001 Liberec Region and the Swiss Canton of St. Gallen signed a partnership agreement, building on existing activities of the St. Gallen – Liberec organisation. Both partners committed to developing mutual relations through intensive cooperation between statutory authorities, institutions and companies in both regions. The Regional Research Library in Liberec also participates:

2011–2012 – exchange visits by Swiss and Cech librarians; in 2012 the Library held a conference entitled Switzerland and Me: opportunities for inspration and mutual cooperation
2015 – a delegation from St. Gallen visited the Library

2017 – librarians took part in a study visit in St. Gallen

Foreign visitors – the Library organizes tours for foreign students and other library professionals from European and other countries.

BOOKS 21 – Grundtvig Partnership Project – from 2009 to 2011 library staff participted in this project, which deals with adult life-long learning, as part of the EU Grundtvig program. 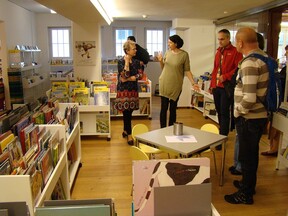 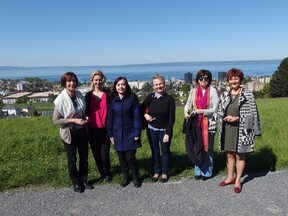 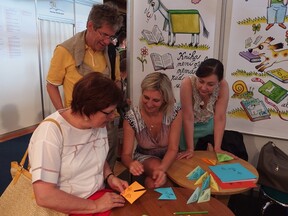 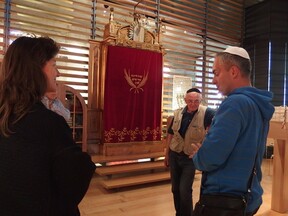 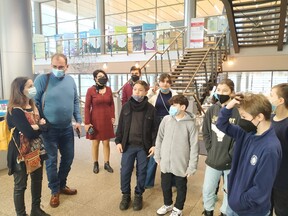 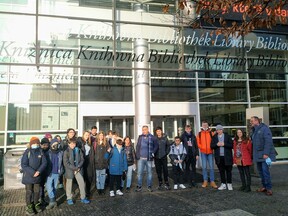